Can we make things in America anymore? | American Made Movie 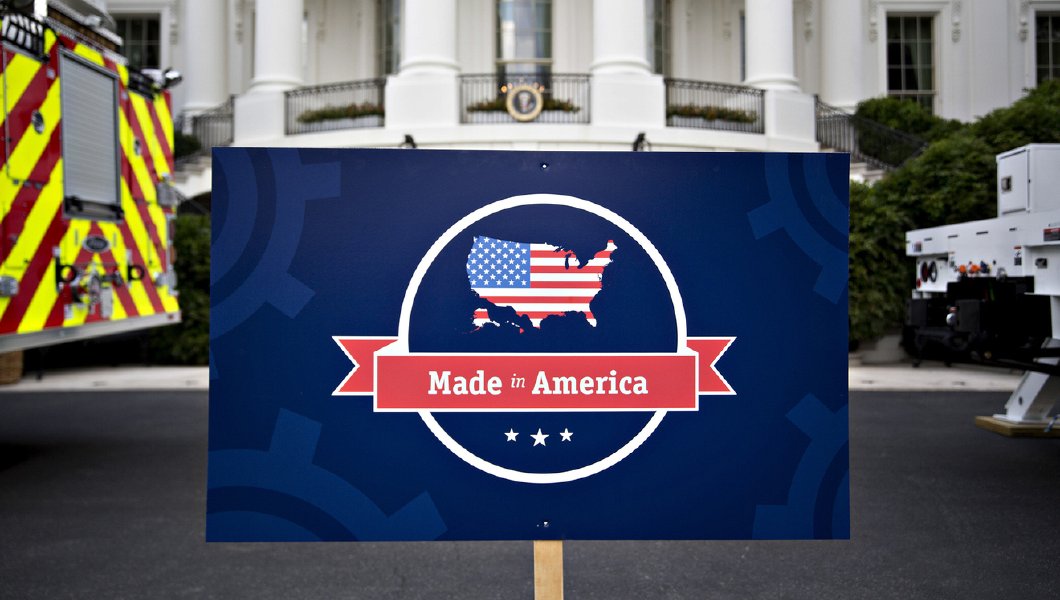 Can we make things in America anymore?

Since 2000, tens of thousands of American factories have closed. And millions of American factory jobs have disappeared with them. Entire local economies have been turned upside down, leaving many without an answer as to where their next paycheck will be.

Towns across America face an open question: Can we make things in America anymore?

In 2017 there are promising signs of life in America's manufacturing sector. For example, more than 1 million factory jobs have been added since 2010. The last two presidential election winners, Barack Obama in 2012 and Donald Trump in 2016, put manufacturing front and center of their economic message (albeit in vastly different ways). Despite tremendous obstacles — the Chinese government's industrial policies, an increase in factory automation, the conversion to a digital economy — American manufacturing jobs are reappearing.

As we celebrate manufacturing in America this October, it's a good time to remember that factories mean middle-class jobs and a dizzying array of benefits for the wider economy. The sector remains a pathway to the middle class for 12.5 million Americans, very few of whom have a four-year college degree. It still produces most of the patents filed each year in the U.S., and still accounts for the lion's share of private-sector research and development in the country. The maker movement — democratized and local — is alive, robust, and celebrated.

With the right kind of public policies on a range of issues, from education and trade to taxes and infrastructure, we can create even more opportunity in manufacturing.

We know the demand is there. Mark Andol, the owner of a Buffalo-area metal fabrication shop nearly done in by Chinese imports, was chronicled in 2013's "American Made Movie" as he quixotically imagined and then opened a store that sold only 100-percent American-made products. Unlike many small business startups that fail, particularly in price-sensitive sectors such as retail, Mark's venture is thriving. He just opened his sixth store and has even bigger plans heading into the future.

We should linger on Mark's resiliency. In a period where the country is slowly cleaving on economic, cultural, and political divides, it's encouraging to see something bringing us together. The Made in America store and other stores like it around the country show that a 21st century manufacturing renaissance can perhaps do that.

After all, the post-World War II manufacturing expansion and middle-class boom were not accidents. They helped to define the American century. We are in different times now, but we should be no less able to come together and form the next amazing chapter of our economic future. Manufacturing can and should be a big part of that story.

Rooting for factory work and "Made in America" isn't an act of nostalgia, much less a political statement. It's a recognition of the strengths of our nation — our entrepreneurship, our ingenuity, our vast resources, and our desire to shape our own future. We'd love to see the next generation of workers making autonomous vehicles, rocketships to Mars, and gadgets we haven't even imagined yet, the products that will make the world a better place. With the right outlook and policies, we can realize this.

To answer that earlier question: Yes. We can still make things in America.

Scott Paul is president of the Alliance for American Manufacturing, a partnership established in 2007 by some of America's leading manufacturers and the United Steelworkers union. Vincent Vittorio is the founder of Life Is My Movie Entertainment and director of American Made Movie.

This account is no longer bring managed. Please make sure to follow @lifeismymovie for updates on this project and… t.co/IsYyj7aUx8
Oct 1 2018 6:18 PM

RT @MarkAndolUSA: Today I had the chance to speak with students & teachers of the Iroquois Leadership & Business program at the Iroquois Hi…
Feb 10 2018 5:19 AM