The AMM crew pulled into Greenwood, Mississippi for Day 3 of the American Made Movie Tour. 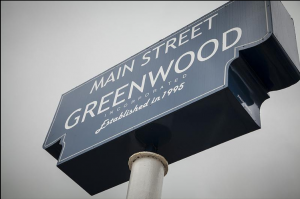 As promised, our Executive Producers, Mr. and Mrs. Strickland joined us. 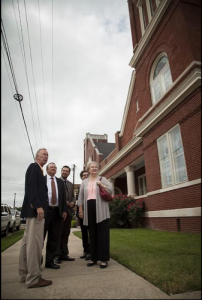 The bus pulled up to The Town Square to meet with the City's residents. Among the crowd was Director of Government Affairs of Viking Range and local household name, Bill Crump. 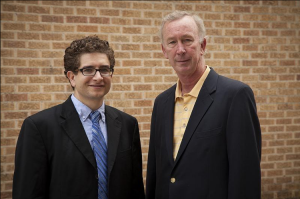 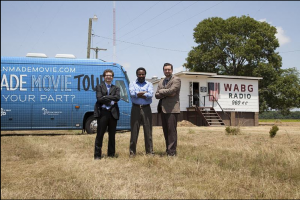 Be sure to tune in to listen to the interview. 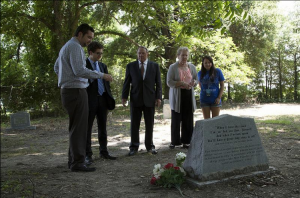 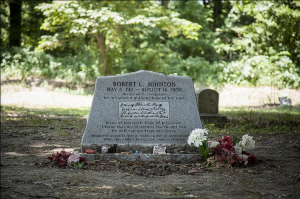 While in the Blues spirit, the
AMM crew stopped by the Little Johnson. Mississippi-born, Johnson was an American Made Musician who composed and influenced classical American Made Songs.

The day ended with a pre-release screening of the American Made Movie followed by a Q&A with the film's Co-Directors/Co-Producers Vincent Vittorio and Nathaniel Thomas McGill at the Greenwood Alluvian. 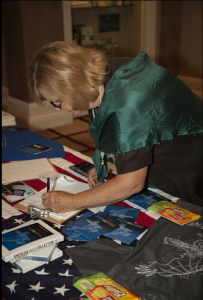 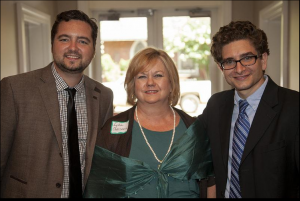 During this event, we presented our first "Be A Part" Award on the tour. The Award was presented to Mr. Bill Crump on behalf of Mr. Fred Carl Jr., Founder and Former CEO of Viking Range. Mr. Carl Jr. received the award for his attributions to Greenwood. Mr. Carl Jr. is responsible for building jobs and the Greenwood economy by employing locals through his company, Viking Range. 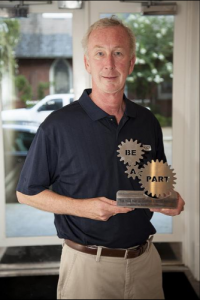 Mr. Bill Crump accepted the "Be A Part" Award on Behalf of Mr. Fred Carl Jr.[/caption]

Given in particular cities, "The Be A Part Award" recipient will be an individual or organization that has made an impact on their community and/or the nation. This recipient may be anyone from a business leader who has given back to the community, to a prominent member of an organization that focuses on job creation, to an individual who exemplifies the ideals and values of the host city.

Be sure to follow up with us tomorrow for Day 4--Tupelo, MS, at Itawamba Community College.

This account is no longer bring managed. Please make sure to follow @lifeismymovie for updates on this project and… t.co/IsYyj7aUx8
Oct 1 2018 6:18 PM

RT @MarkAndolUSA: Today I had the chance to speak with students & teachers of the Iroquois Leadership & Business program at the Iroquois Hi…
Feb 10 2018 5:19 AM